A traumatic brain injury (TBI) happens when the brain’s standard functionality is disrupted due to a severe impact or jolt to the head, an object impacting the head violently and suddenly, or when an object penetrates the skull and travels into the brain. The type and severity affect the treatment required and the complications and issues that may arise. Here are the main types of TBI and the difficulties involved. 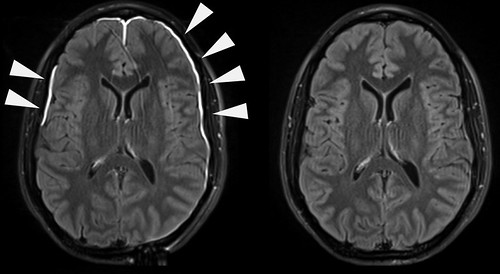 Concussions are minor brain injuries caused by impact, shaking, or a sudden, jarring movement like whiplash. While not often diagnosed via imaging, they are still severe injuries and require immediate medical attention. Typical complications from concussions include the inability to concentrate, memory issues, headaches, and confusion.

The damage from a concussion can be additive, meaning each concussive trauma can exacerbate current problems. These harmful effects are especially true if you receive another concussion before healing from the previous one, also known as second impact syndrome.

An impact to your head from things like a fall or car accident can form a contusion on the brain. If you have discoloration from a head injury, you essentially have a bruise of the brain tissue. And like anywhere else in the body, tiny blood vessels create these bruises when they break or leak, resulting in discoloration of the skin. Contusions can also induce various problems in the brain, primarily due to pressure buildup.

A contusion can occur either directly beneath or opposite the point of impact from slamming into the skull. Complications caused by bruises include confusion, unconscious, emotional disturbance, fatigue, and irritability. Severe wounds can cause swelling in the brain, inhibiting blood flow to the brain, or other serious issues.

A penetration injury is when something penetrates the skull and forcefully causes skull fragments or the object itself to penetrate the brain. This TBI can cause damage to the part of the brain directly impacted or the brain as a whole. Factors that render this type of brain injury include falling and hitting your head hard enough to fracture the skull, gunshot wounds, and car accidents.

Anoxic refers to a lack of oxygen. Therefore, when the brain receives little to no oxygen, that can lead to an anoxic brain injury. It only takes a few minutes for the lack of oxygen in the brain to begin causing damage due to dying brain cells. Oxygen usually enters the brain through the blood. So this type of injury is a result of a blockage of blood flow to the brain. People who have experienced a heart attack, blood clot, stroke, or other severe trauma are at risk for anoxic brain injuries.

Diffuse axonal injury is much like a concussion caused by the brain violently moving within the skull, but it’s usually much more severe. This TBI occurs when movement is so violent the brain stem cannot adjust quickly enough and results in tears between the brain and spinal cord. Extreme tears can lead to lifelong, serious complications or even death.

A hypoxic injury is similar to an anoxic injury, but instead of the brain not receiving any oxygen, it receives insufficient amounts of oxygen, which leads to brain damage. Usually, this type of trauma occurs when there’s a slight reduction of a person breathing oxygen because of partial suffocation, similar to what happens in near-hanging, carbon monoxide exposure, or near-drowning.

A secondary brain injury, also referred to as a recurrent brain injury, occurs when you’re still healing from previous head trauma and can cause even more severe damage. The severity of the complications depends on the location of the damage and the first and new injuries’ severity. The second impact injury has a higher degree of potential to cause severe injury to the brain. Even if you are asymptomatic and feel no change, you should seek immediate medical attention as second impact syndrome can cause damage beyond the symptoms.

A TBI will fall into three basic levels: mild, moderate, or severe. The mild TBI results in a loss of consciousness for a few seconds or minutes or possibly with no loss of consciousness at all. The individual exhibits disorientation and confusion, even without losing consciousness. Healthcare providers may recommend mild TBI patients receive medical testing that checks for signs of brain injury. However, these tests could be inconclusive in mild cases or show no damage. The doctor will then analyze mental acuity and behavioral changes to diagnose appropriately.

A TBI is moderate if the individual is unconscious for a few hours and exhibits disorientation and confusion for weeks afterward. Moderate TBI can lead to long-term or even permanent behavioral, physical, and cognitive complications. You should expect a battery of treatment regimens to alleviate and mitigate the resulting difficulties.

Severe brain injury comes from crushing impacts to the head or penetration through the skull and into the brain. This type of TBI is often life-threatening, and the odds of returning to normal function are very low. While it is possible to incur a severe brain injury without an open wound, it is far more likely to occur when the skull is severely damaged.

If you or someone you love has suffered a traumatic brain injury due to an accident, you may be entitled to compensation from the at-fault party. Contact the knowledgeable team at De Castroverde for a free case evaluation. We are available 24 hours a day, seven days a week at 702-222-9999 or via our secure online messaging system. Let us help you get the compensation you deserve to care for your medical bills, lost wages, pain, and suffering.